Top 10 Most Populated Cities In The World

Many thousands of years ago, when humanity was still in the hunter-gatherer phase, people started realizing the advantages of banding together and forming villages. Over time the rural populations of the world joined together against their common enemies: wild animals, famine, extreme weather - and the concept of urbanization was formed.

These megacities have become so large that they often lead to terrible pollution, traffic, and extreme poverty. Population control is a growing issue in these cities, and, despite all this, many of these megacities have a rich culture, and special life all of their own.

Located in Northern India, Delhi is the largest city in terms of area in India, and second-largest in terms of population. It's the largest commercial and financial center in Northern India, and is considered one of the fastest growing cities in the region. About 82% of Delhi's population is Hindu, although there are many Muslims (11%), Sikhs (4%) and even Christians (~0.8%).

Delhi is a cultural delight, home to many significant monuments such as the Jama Masjid, the Red Fort and Humayun's Tomb. The city also contains many markets and shopping plazas such as Chandni Chowk, the cities oldest and busiest market.

Formerly known as Canton, Guangzhou is the capital and largest city in the province of Guangdong, China. The city is a central hub for transportation and trading, being located on the shores of the Pearl river, nearby to both Hong Kong and Macau. In its history the city has undergone many revolutions and reforms and has played a pivotal role in shaping modern China.

The city is hailed as a shopping Mecca, and travellers often flock to the city for its huge selection of markets and shopping centers specializing in all made-in-China products such as teas, clothing, electronics, jewelry and more. Despite its status as a shoppers heaven, the city offers many sightseeing attractions as well, such as some of the oldest Chinese temples, imperial tombs, one of the oldest parks in China; the city also boasts some of the most modern and inspiring architecture in the country.

Named after the Saint Paul of Tarsus, São Paulo is the largest city in South America, and a significant influence on the world's financial and cultural stage. Being the richest of the cities in South America, the city nevertheless contains stark inequalities between its citizen classes, resulting in impoverished areas standing side-by-side with wealthy neighborhoods.

The city is often underrated as a tourist destination, with the likes of Rio De Janeiro and Salvator drawing more interest from tourists, but the unique heritage, culture and architecture of the city make this a place well-worth visiting.

With almost 120 million Chinese tourists and 4.4 million international visitors every year, Beijing is among the world's most popular tourist destinations - and for good reason. The city is a sea of modernity, often surprising visitors with its sheer amount of high-rise buildings and skyscrapers. In Beijing there truly is something for everyone, from the awe-inspiring Forbidden City to the concrete jungle of Tian'anmen Square, and Qianmen, a bustling market alive with the sounds of haggling leading into the Temple of Heaven, a symbol of Beijing. 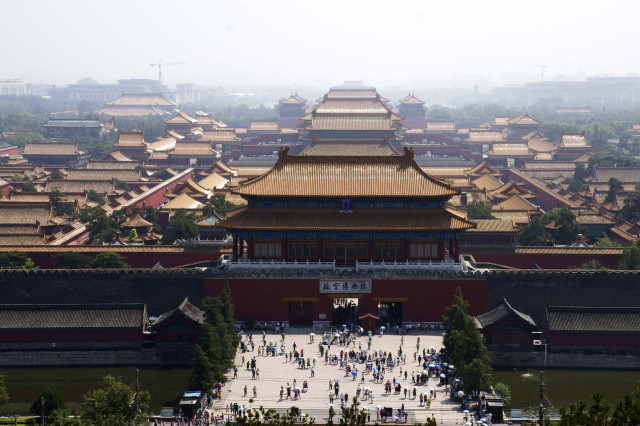 Moscow is a city on a mission to outdo the rest of the world - it boasts the most billionaires in the world, is one of the most expensive cities in the world to live in, and is even on its way to having the largest building in the world. The city is alive with energy and culture, and is one of the only cities in Russia that is truly free from censorship by the government - for this reason the younger generation flock to the city despite how expensive and difficult it is to live there.

The culture and nightlife in Moscow is unparalleled in the region, with many world-class venues, musuems, art galleries, coffee shops, boutiques, wine bars, and a whole lot more to be found in the confines of the city. The ancient city is a must for anyone interested in history, where you can visit the Kremlin, home to the Russian President and one of many World Heritage Sites in the city.